*This posts contains information that may be triggering to some*

Sharing part one of my life journey with weight and body acceptance with you today.  May is mental health awareness month, and in my world, nothing has had more of an impact on my mental health than my wellness.  Part one is all about HOW I lost weight, and my main motivation.

Once upon a time I lost 100 pounds.  100.  You know how people stand in a grocery aisle with 20 bags of sugar?  That was me.  I had gotten to a point in life, specifically my former marriage, where I used food to cope with sadness.  I also used it as a reward, a punishment, a means for social interaction, really I used it anywhere I could.  I was overweight, I was unhealthy, but most importantly I WAS UNHAPPY.

I spent a lot of my free time day dreaming about what life COULD be like; maybe in my next life, things would be different.  I’ll tell you right now that isn’t healthy…on any level.  And then…

I got stuck in a slide

I wish I were kidding.  In 2010, I tried to go down a kid’s slide while holding my daughter and I got stuck halfway down. Really, I laugh about it now, but I can’t describe the level of self-loathing that can happen in a moment like that. That was it.  I was DONE.  My weight was slowing me down, my back issues were getting increasingly worse, and I had developed unexplained digestive and skin issues symptoms that were getting harder to handle, so I took the plunge and signed up for Weight Watchers* and the gym.

A year later, I had lost half the weight, but I kept having to cut points and calories when I would reach a new weight class or plateau.  That is exhausting. I began to look at wellness as more than just pounds on the scale and more about finding things that made me happy. This also coincided with getting a divorce.  Is it a coincidence?  Maybe.  Anyway, WW at the time focused on caloric intake and burn.  I was over constantly counting food and never feeling full.  I was also over the countless cardio hours at the gym but never feeling that energy people talked about.

After reading a million articles on nutrition, I walked away from ‘diet’ foods and started experimenting with eating *gasp* fat.  A month later, I did more research and removed wheat from my diet (spoiler, I have celiac disease, so that was a good move).  I cut out foods that made me FEEL terrible and were devoid of nutrients (mostly highly processed and pre-packaged foods).  I was taking care of myself.  I ate ‘from the earth’ and I ate a LOT of food.

In the early months of 2013, I downloaded an app designed to help run a 5k.  I wasn’t sure if I wanted to prove the app wrong by not being able to do it OR if I wanted to be proven wrong.  So I laced up and headed out.  I focused on strengthening my muscles instead of punishing myself on the elliptical.

I still remember the feeling of shock when I  ran the 5 k, only stopping to tie my shoelace.  And that feeling reappeared when I decided to weigh myself one early May morning.  I was down nearly 90 pounds from my heaviest weight.  I felt and looked…good.  Single digit sizes! New clothes! Everything was wonderful, right?

I had made it to my self-imposed ‘goal weight.’  I decided to drop the number down, ramp up the running and keep at it.  A few months later, I  was down to that full 100 pounds!  In terms of weight, I was able to keep it off consistently.  But that maintenance was harder on my mental and physical health than any of the years leading up to my tipping point. 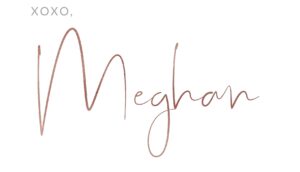